All the sub soil was carted away from site in twenty ton loads, over 750 wagons to a local farmer who had a land fill license. The new home generally is traditonal construction consisting of 60 bedrooms split between nursing and dementia wards. To allow the split level build a 60 meter retaining wall had to be built, this consisting of a 3.0meter high wall reinforced concrete 300mm thick. The site had many challenges due to its location, and allowing the existing home to stay operational, and the split levels which involved many health and safety issues along the way, although no accidents were reported on this project.

Along with the 60 bedrooms the home also has a swimming pool, post office, bar and restaurant, inner courtyard garden on first floor, hairdressers, library, doctors surgery, and a IKO sedum roof throughout the building. The local area had no mains sewer so all foul drainage had to be taken across the A350 to a sewage treatment tank. The whole year of 2012 gave the project plenty of rain fall, and all was completed in february2013. 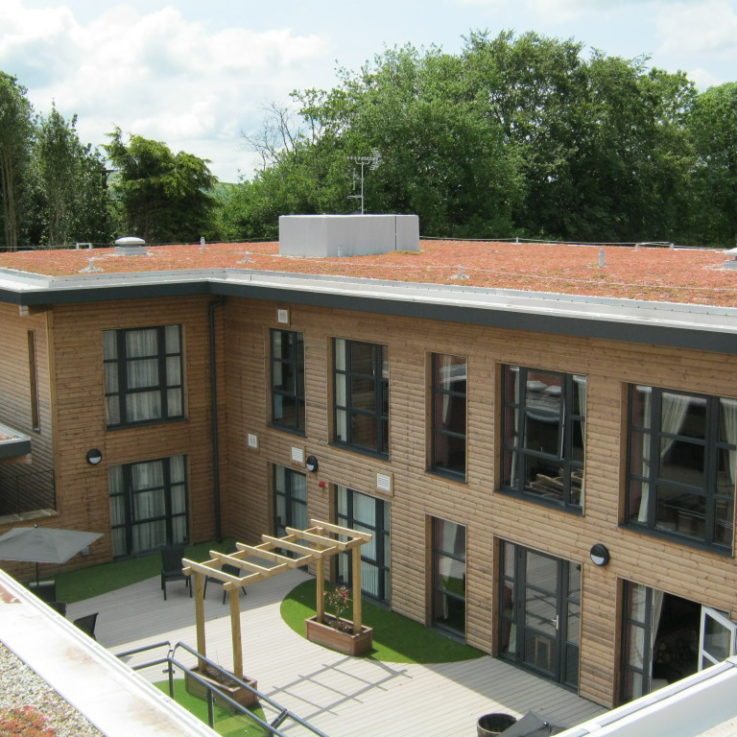 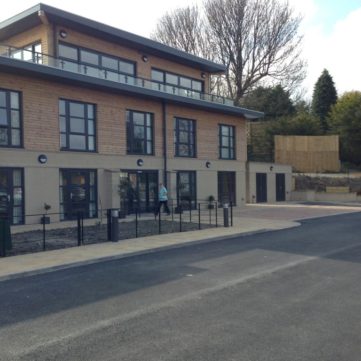 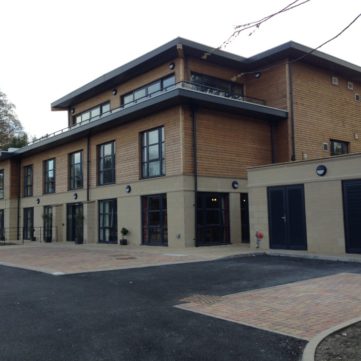