The landmark building replaces the charitable organisation’s previous outmoded premises and sits within Abbey Park on a 3.5 acre site in rural Warwickshire. It was designed by London based firm Archial, one of the largest architectural practices and a member of the global Ingenium Group of companies.

The rural location of the new HQ building had a direct impact on its design, presenting the architects with a number of planning issues and design constraints. These included a requirement for the structure to be limited to a single story in order to minimize any impact on the openness of the green belt beyond.

Archial’s ingenious solution to the brief was to create a ‘doughnut’ shaped building which completely surrounds a mature oak tree. The façade is constructed from natural stone: European oak cladding and sedum were used on the roof. The latter was specified in order to create an eco-system around the central tree, ensuring its preservation through the retention of a moist environment around its roots.

There is also an ancient sweet chestnut which stands adjacent to the main entrance. This tree is reputed to be the second oldest in Warwickshire and, according to local legend, Robin Hood slept beneath it when passing through the area. In addition, car parking spaces are woven in-between established trees, this building was the most difficult of all buildings to construct and waterproof as no perimeter or central edges are straight

The British Horse Society is the UK’s largest and most influential equestrian charity We protect and promote the interests of all horses and those who care about them, including the 3.5 million people in the UK who ride or who drive a horse-drawn carriage with British Riding Clubs, they have over 111,000 members 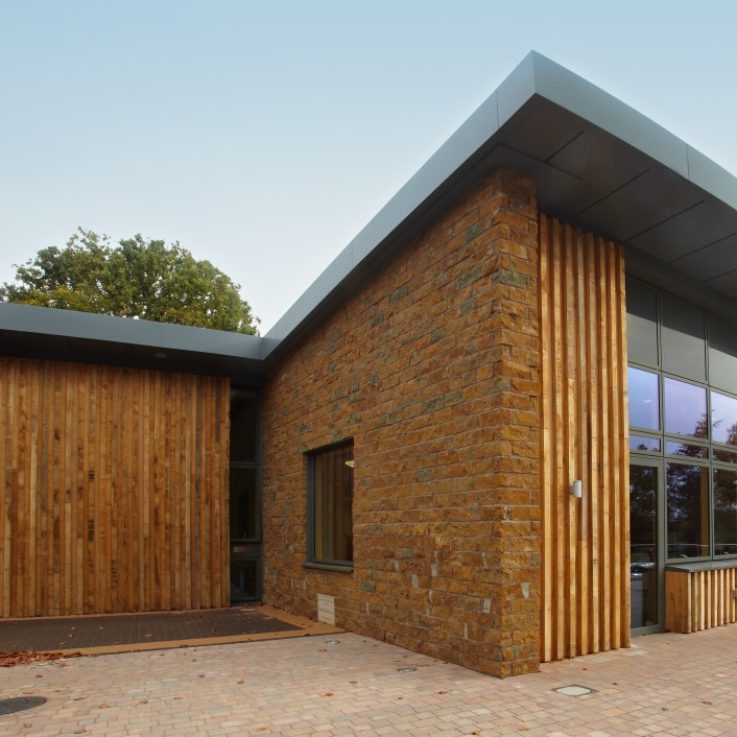 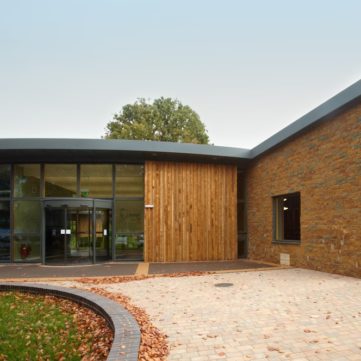 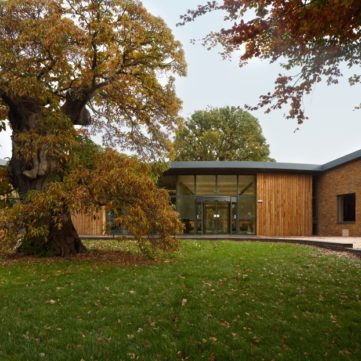